Let’s play with fonts: how to pick a perfect font for a website

When it comes to the website design, a lot of people imagine pictures, color palette, buttons and the geometry. Some might remember the animation. But almost nobody will remember the fonts.

I cannot say it’s bad. After all, the fonts are supplementary at best and do not matter as much as everything else. But you cannot simply forget about them either. A correctly chosen font emphasizes the design, makes it pop, while a wrong font can destroy everything.

The Kinds of Fonts

The main classification is based on the presence or absence of serifs. On a basic level he fonts are distinguished as:

Serif
Fonts with serifs. Serifs are the small horizontal lines at the edges of the symbols. A good example of a serif is Domine.
Lorem ipsum dolor sit amet, consectetur adipiscing elit.

Serifs have official, distinguished, old-timey look. They are commonly used in newspapers (and newspaper websites). Another common field of use is literature. Some people consider serif fonts to be better when it comes to reading large amounts of text, since serifs are supposed to keep reader’s eyes on the line and prevent them from skipping it accidentally.

Sans-serif fonts are minimalistic and easy on the eye. They are considered easier to recognize, especially on the smaller scale. A common field of use for sans-serifs is UI. Sans-serifs are not a common sight in books or newspapers, but a lot of magazines and blogs have adopted them due to their less official and strict design.

The argument between the fans of Serifs and Sans-serifs has been ongoing since at least the late 90s. There were even special research groups set to find which one was better. The only thing the research managed to prove was that the both serifs and sans-serifs were roughly equal in terms of recognition and reading comfort. So the final choice is up to you.

Another classification is based on the field of usage.

Decorative fonts
Overdesigned fonts that put their look above the readability. They are a common sight on banners, signs and headlines. A good example is Amarante.
Lorem ipsum dolor sit amet, consectetur adipiscing elit.

Monospace fonts
Fonts with the same horizontal distance between the symbols. They have a great symbol recognition, but their overall look is rather boring. They are commonly used in the consoles, terminals and technical documents. A great example of Monospace is Oxygen Mono.
Lorem ipsum dolor sit amet, consectetur adipiscing elit.

The problem is that not all fonts are compatible with each other. For example, people would hardly find the difference for the text body in Ubuntu and the headlines in Roboto. They are extremely similar. 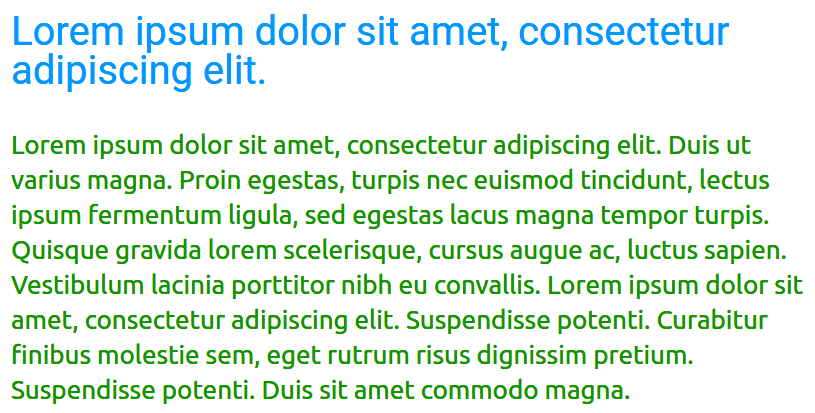 To avoid that, you should write the headlines in Sans-serif and reserve Serif for the body of text. 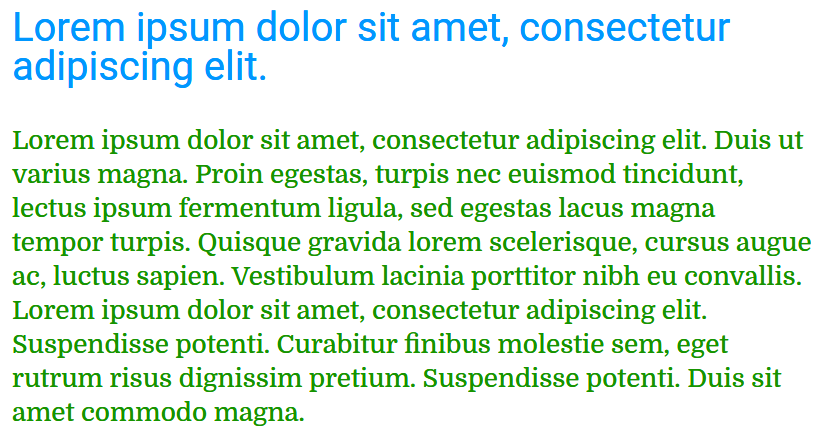 You can find good font combinations at Font Pair and build your own with Font Combinator. Both support only the fonts from the Google Fonts open library, so the selection is a little limited, but there’s enough for most of the common tasks.

Usually, the text height on the webpage is 16 px (pixels). Such text is easy to read on both the desktop and phone.

The text height over 20 px is common on the mobile websites. The reason for it is the different pixel density of the smartphones and tablets, compared to the desktop PCs.

The text that is higher than 30 px is great for titles, headlines and landing pages.

The smallest size you should use is 12 px. Anything lower is completely unreadable on laptops.

A Matter of Price

More often than not, the beautiful and popular fonts are not free. For example, Neue Helvetica for the website costs $30 for one variant for 250,000 pageviews. The family consists of 59 variants.

There are decent free fonts, but they spread among the webdesigners like wildfire and soon everyone is using them. For example, 16 million websites are using Open Sans, while the main Google font — Roboto — recently surpassed the 10 million mark.

But at the same time, there are some great free fonts that you do not see very often. Usually, it’s because they are absent from the popular libraries and thus overlooked. Here are some of my personal recommendations:

Sometimes even the previously unknown font becomes popular and ends up on every website. My example will become irrelevant one day too. So consider them more of a recommendation and start making your own collection.

Where to find fonts

Rate the article:
[Total: 4    Average: 5/5]
Liked that? We’ve done our best!
Subscribe to get useful articles and updates.

Leave HTML to designers, write your posts in Markdown!

How your hosting company lies to you, or what’s the catch with storage, uptime and traffic