What is the difference between VPS and VDS

Short answer — there is none. Seriously, for a typical end-user, there’s no difference between VPS and VDS — a lot of companies will even advertise their high-end VPS as VDS, because there’s no way to prove otherwise.

But once you start getting into the technicalities, there are, in fact, differences between the two.

Imagine there’s a physical server. And it’s too powerful to be used as a server for something like a usual e-commerce project or a MMO-guild portal. But both the e-commerce project and the MMO-portal have outgrown their shared hosting and need an upgrade.

That’s where virtualization comes into play. Virtualization is a technique of allocating some resources of the computer to two or more concurrently active operative systems. For example, in this case it can be used to create two virtual machines (VMs) and dedicate each of them a half of the real server’s resources.

This way the e-commerce website and MMO-guild portal can split the cost of running a server and get a guaranteed amount of resources for their projects. 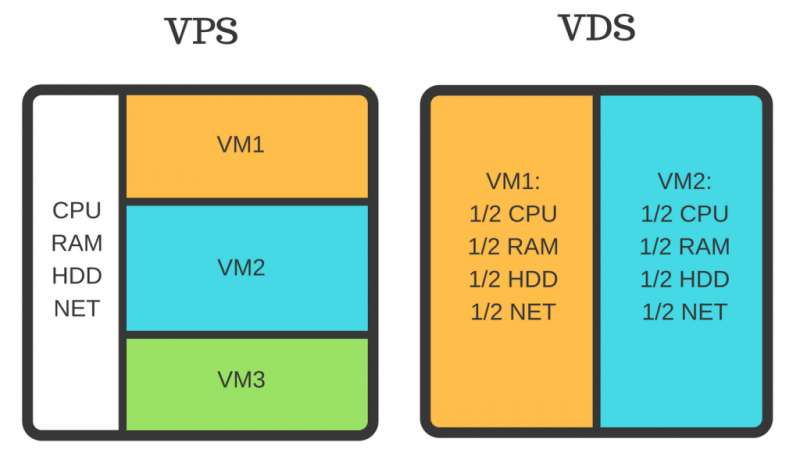 Differences between VPS and VDS

There are two common methods of virtualization:

There is also third way — complete virtualization — but it is rarely used due to it greatly reducing the performance.

VPS and VDS are pretty much the same thing. Of course, some tasks do call for a VDS, but 99% of the end-users will never have to face them or worry about the difference between the two types of virtual machines.

Got any questions left? Hit us up in the Unihost Support Chat or in the comments!

Rate the article:
[Total: 4    Average: 3.5/5]
Liked that? We’ve done our best!
Subscribe to get useful articles and updates.

5 reasons to immediately switch to VPS

You need to create custom error pages. Here’s why.

Switching web hostings: is it worth it?