The Hipster Age of Marketing: How to Use Old-School Techniques to Sell More Today

Ads which ran 30-50 years ago, even a hundred years ago, are often better than those you see today. You’ll get great ideas to use in your marketing.

Marketing is as old as human history — according to the archaeologists, the ancient city of Pompeii already was full of advertisements in 79 AD. Sure, their marketing methods were crude, but it was almost 2000 years ago!

So it is both funny and wrong to think that marketing as a science has developed only in the 60-70s. Even what has been referred to as marketing has been around for at least a century and a half — twice as long as the term «marketing» itself.

In this piece, I want to talk about the often overlooked time when marketing was only figuring things out, and what lessons can be learned from those raw, unpolished examples. In my mind, I call it The Hipster Age of Marketing — because it was full of people who not only did it before it became cool, but also played an active role in making it absolutely awesome.

Teach the man to fish

A good marketer would immediately point out, that the first option is better — the man would come back to you for the fish, which you can eventually sell to him instead of giving away for free.

But John Deere (company, not the inventor), didn’t have a good marketer back in 1895. In fact, the term «marketer» won’t even emerge for the next couple of decades. Instead, John Deere had a great advertiser. So when the tractor sales began to slip due to customers not accepting this new fad for motorization, Deere didn’t order billboards or hire door-to-door salesmen. Instead, they used the most powerful tool possible — US Post Office. 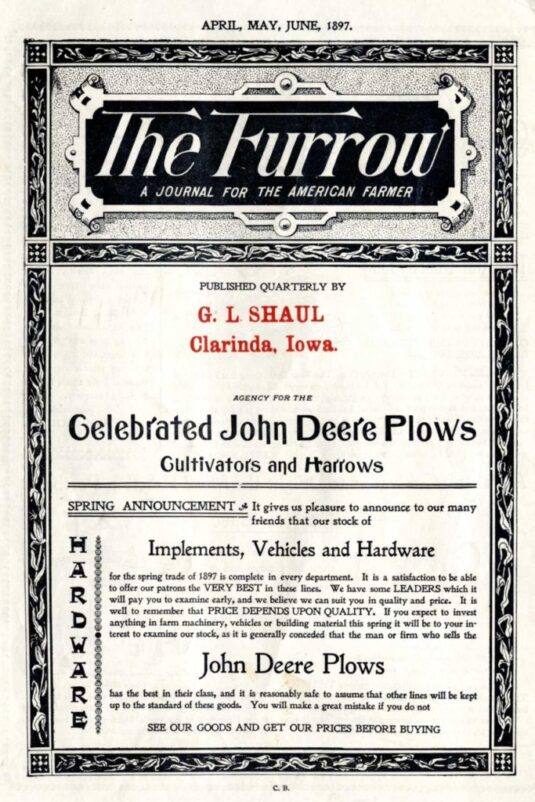 Quite soon, the American farmers got an offer to subscribe to The Furrow — a dirt-cheap, yet well-written magazine dedicated to the problems of farm life. Of course, The Furrow was really published by John Deere.

The magazine told farmers the best ways to produce or gather crop, explaining the attrition of soil and ways to combat it, and overall earning their trust. Some articles, of course, talked about tractors and how easy they make certain jobs — but it was shown as a curiosity at most, without pushing it front and center. Eventually, farmers started to trust the magazine — and John Deere. So when a year later the magazine offered them a deal on the tractors, they jumped on it immediately.

Nowadays John Deere (or, actually, Deere & Company) is one of the largest manufacturers of agricultural machinery, with 27 billion dollars of annual revenue. As for The Farrow, it is still one of the most popular farmer magazines, published in 12 languages in 40 countries all over the world.

Marketing technique invented by Deere is nowadays called content marketing. It doesn’t create attrition, unlike the more traditional marketing. While people may get burned out on your posters, flashy video ads and other intrusive methods of effective advertising, they will never get tired of interesting content.

In the new digital age, it is easier than ever to start marketing with your content. You don’t even need John Deere’s resources — just a place to blog. BTW, here’s our review of the most popular blogging platforms.

But blogging is not the only way to market with content. You can also have a Knowledge Base with manuals for your services. Or a YouTube channel. Or even an e-book on a relevant subject for your target audience.

There is a multitude of problems with modern video advertisements. They are loud, aggressive, same-ish and overall irrelevant. Every agency tries to make their ad quirky and unique, in attempt to pull an Old Spice and go viral — but if everyone is unique and quirky, ultimately, no one is.

Surprisingly, the very first TV advertisement did not have any of these problems. This Bulova watches’ ad, first broadcast way back in 1941, is absolutely perfect.

The ad turned out to be a success, and Bulova actually kept marketing smart all the way into late XX century. Here’s their 1983 commercial, which is once again memorable, has a great tag line, but doesn’t throw anything in your face. Their 2013 offering, unfortunately, loses a lot of the charm in an attempt to be loud and quirky, but I’d still take it over the majority of modern video ads.

TV commercials are pretty much dead with the advance of Netflix and other streaming services. But Youtube is absolutely alive and is a thriving marketing platform. And it is a little ironic that pointers from Bulova’s very first TV advertisement still apply to Youtube.

Make your video ads short, since Youtube ads can be skipped 5 seconds in. Make them respectful, so that the customer has no reason to turn them off. Make them memorable, with a single powerful message, so that it sticks with people. And then your company will last for centuries, like Bulova. 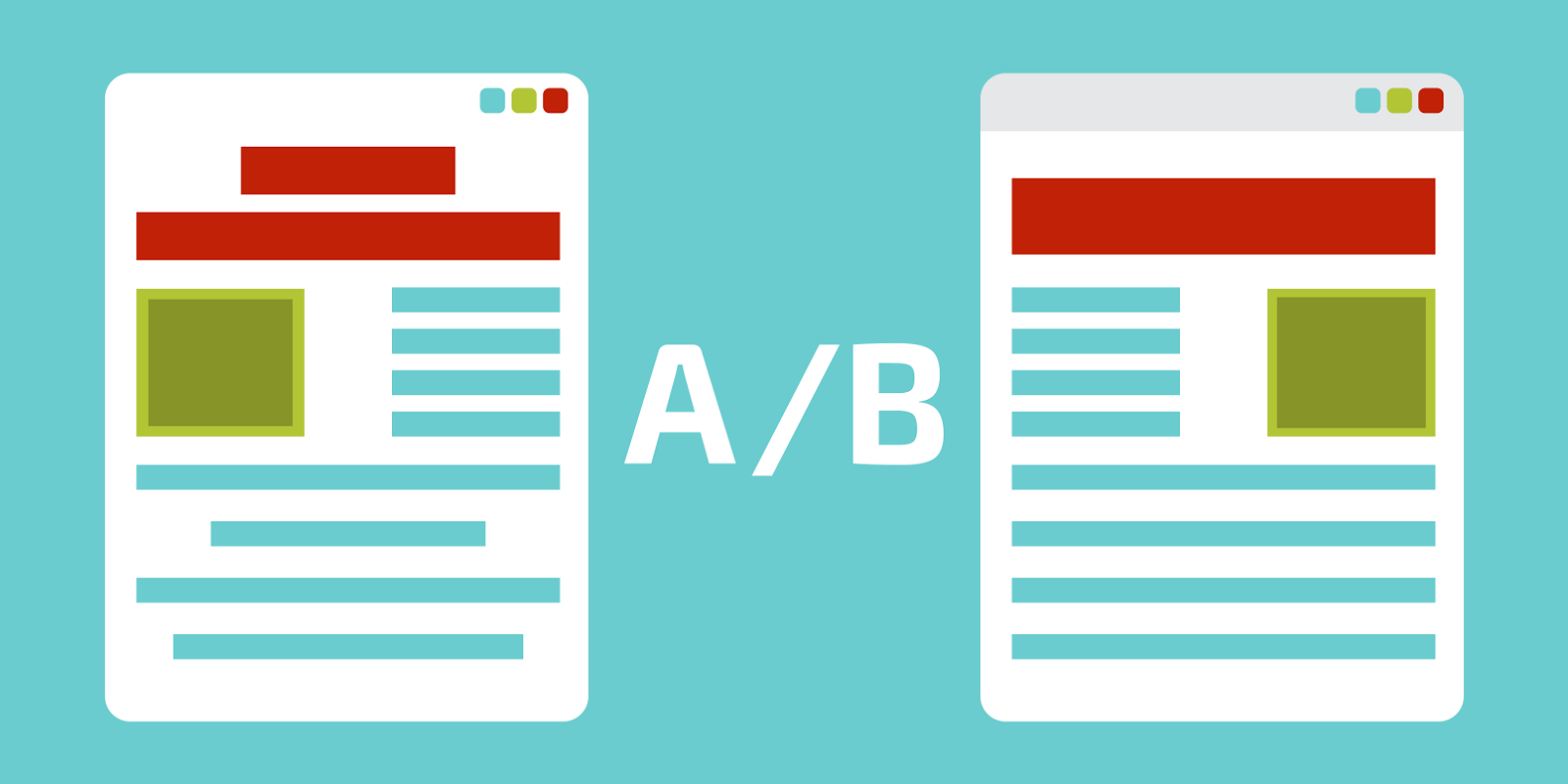 Which is better, centered text or left-aligned? The correct answer is «Who knows?». When it comes to marketing, no one can certainly say whether the idea has merit, they can only say whether or not they like it. In order to get the objective data, you need to test both ideas in the wild.

In other fields, this was a given a long time ago. Way back in 1905, William Sealy Guccet invented the T-test exactly for the purpose of comparing two options and deciding which one was better. Yet it took David Ogilvy and Ted Nicholas a couple of decades and 150 million dollars to push this idea as a standard marketing procedure.

Ogilvy, David. A businessman, copywriter, advertiser and simply a marketing legend. David Ogilvy spearheaded marketing in the XX century and is considered by many a father to modern advertising. His agency Ogilvy & Mather and its impact on modern America was an inspiration behind a hit TV show Mad Men.

Before Ogilvy, advertising companies advertised to their employer’s Board of Directors. But the executives sometimes do not have a correct view on what goes on with their customers and what would they like in the products. This results in ads that are not aimed at the target audience for the product and ultimately flop.

The best example of it would be Ford Edsel, a quite decent car that turned out to be an absolute marketing disaster and ultimately lost Ford more than 300 million dollars. All this due to some exec that told FCB Marketing to be «bold» in their advertising, when the customers wanted anything but.

When it comes to online marketing, Google has a dedicated tool for A/B testing, that removes the need for surveys. It’s completely integrated into Google Analytics and I highly recommend you use both in your online marketing.

ADVICE: Stop using focus groups. Some companies insist on doing focus group surveys instead of A/B testing since it is less expensive and therefore less risky. But surveys do not work in marketing unless your target audience actively participates in surveys, which is rarely a thing. You can use Big Data neural networks and predictive analysis, but that’s viable only for the large-scale companies. Until you grow big enough, A/B is your best pick.

Quoting Ogilvy, «Advertising is not an art form, it’s a medium for information, a message for a single purpose: to sell.» And it is something that has been alarmingly missing from the modern marketing culture.

Imagine: you create something smart and you are goddamn proud of yourself — and for a good reason too! Except that while you are basking in the afterglow of creation, you miss the entire effing point of it. As a result, you receive a ton of awards, but your product doesn’t sell and your agency does not get hired again.

This example above illustrates my point perfectly — Honda marketing team got an amazing actor, riffed off an awesome cult movie, made it all funny and interesting, but it just doesn’t sell! Ask me tomorrow about the ad and I’ll tell you all the visual gags, but I won’t even be sure it was about Honda, much less the exact model.

Compare it to a maybe less creative yet selling AMC advertisement from the 1960s. It may not have the budget or the effects, or even the star power of the Honda commercial, but you do at least remember what the ad was about.

This is the entire reason why Superbowl advertising doesn’t work. While marketing agencies attempt to outdo one another with visual effects and artistic writing, their competitors are selling — and call me old-fashioned, but that’s more important.

You need to understand, that creative ad doesn’t always mean a good ad. You should focus on what you present — or, to be more exact, a solution to what problem you present — rather than how you present it. Only after you locked down the «what» you can focus on «how».

Some marketing agencies prefer to go award-baiting with amazingly creative advertisements that get millions of views, yet completely miss the point. For example, this. And while there’s nothing wrong with the practice, can you please tell me, what that ad was for?

You shouldn’t mindlessly copy the past — but it does have some lessons to teach you. And sometimes, when you search through the advertisements of the bygone age, you find absolute gems that inspire you to do something similar, but with a modern motive.

To anyone who only steps into the world of marketing, or wants to brush up their skills, I highly recommend David Ogilvy’s series of books on advertising:

If you are focused on content marketing — which is admittedly, my specialty — I also recommend Ted Nicholas’ works. They are more elusive than Ogilvy’s and usually are not available online, but the man is a legend in content marketing for a reason.

And if you want ideas to steal inspire you — here’s a nice collection of great XX century ads.